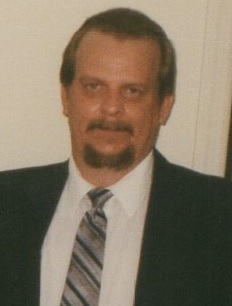 Wyatt Eugene (Gene) Vance, 63, of Peach Creek, WV, departed this life on July 22, 2017 at St. Maryâ€™s Medical Center in Huntington, WV. He was born March 22, 1954 in Logan, WV, to the late James and Gladys Vance of Crooked Creek, WV. In addition to his parents, he was preceded in death by his loving wife, Linda Kay Vance and his grandson, Justin Michael Vance. Gene was a veteran, having proudly served in the United States Army. He was formerly employed by Billâ€™s Electronics of Wilkinson and Willis Business Machines in Logan, WV. His sense of humor, witty personality, and guitar playing will be remembered fondly by all who knew him. Those left to cherish his memory include his sons, James (Vickie) Vance of Logan and Jeremy Vance of Charleston, one grandson, Dylan, one sister, Deborah (Terry) Vernatter of Crooked Creek, his brothers in law, Dan (Carol) Willis, Gregory (Angela) Willis, and Scott (Amanda) Willis, sister in law Brenda (Andy) McKenzie, as well as several nieces and nephews. Services will be held on Friday 28, 2017 at1:00 pm. Burial with military graveside rites will follow in Forest Lawn Cemetery at Pecks Mill, WV. Nephews will serve as pallbearers. Visitation will be at Akers-James Funeral Home, West Logan, WV, on Friday 28, 2017 from 11 a.m. until the time of the service. Online condolences may be left at www.jamesfh.com Akers-James Funeral Home is in charge of the arrangements.
To order memorial trees or send flowers to the family in memory of Wyatt (Gene) Eugene Vance, please visit our flower store.