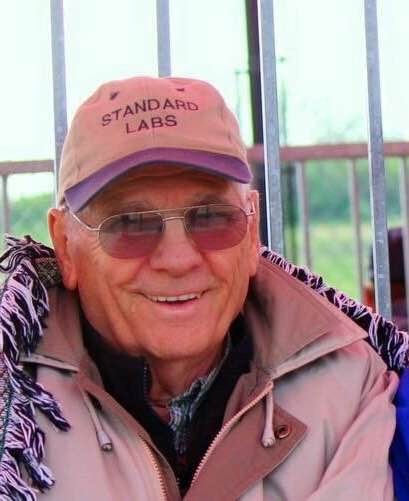 Virgil M. Damron, 80, of Mitchell Heights departed this life Wednesday, July 19 at the Dignity Hospice House in Chapmanville, WV with his wife by his side. He was born February 8, 1937 to Oscar and Ocie (Spry) at Yuma. Virgil worked as a Chief Electrician and a Foreman for Amherst Coal Company and Hobet Mining. He served in the Army as a Military Police in Germany where he met his wife, Ursula, of 56 years. He enjoyed hunting with his hunting buddies and grandson. He also enjoyed watching NASCAR races and watching his grandchildren and great-grandchildren play ball. He was preceded in death by his parents Oscar and Ocie (Spry) Damron, three brothers, Lowell Damron, Noel Damron, and Euhl Damron. Survivors include his wife Ursula (Burkard) Damron, one son, Rolf (Stephanie) Damron of Whites Addition, two daughters, Sharon (Mark) Thern of North Mitchell Heights, and Tricia (Mark) Lowe of Whites Addition. He is also survived by one brother, Paul Damron of Greenville, NC and two sisters, Gay Thompson of Chapmanville, WV and Ora Lou (Hank) Bigalow of Medford, OR, six grandchildren and seven great-grandchildren. He will be missed by family and many friends. Funeral Services will be conducted at 2 p.m. Sunday, July 23 at Akers-James Funeral Home at Logan with Rev. Randy Skeens officiating. Burial with military graveside rites will follow in Highland Memory Gardens at Godby. Friends and family may call from 12 p.m. until the time of the service, Sunday also at the funeral home. Online condolences may be left at www.jamesfh.com Akers-James Funeral Home is in charge of the arrangements.
To order memorial trees or send flowers to the family in memory of Virgil Damron, please visit our flower store.