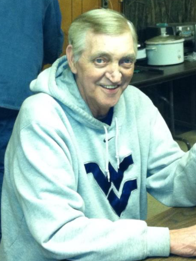 Thomas â€œTommyâ€ Kitchen Sr., 69 departed this life Thursday September 15 at CAMC Memorial Hospital in Charleston. He was born June 5, 1947 in Logan to the late Murel Kitchen and Nora Woody Kitchen. In addition to his parents he was also preceded in death by his grandson, Bennett â€œLittle Benâ€ Hatfield. Mr. Kitchen was a member of the Sons of the Legion, he loved to golf and play music, and he loved his family and friends. He was employed by the Department of Highways and Metropolitan Life Insurance. Those left to cherish his memory include: his wife, Brenda Smith Kitchen; sons, Thomas â€œTommyâ€ (Terri) Kitchen Jr., Joseph Kitchen, Charli Kitchen; daughter, Angela Kitchen Hatfield; grandchildren, Tanner Kitchen, Caleb Kitchen, Devin Hatfield, Josh Hatfield; step-grandsons, Aiden and Caden Hines, Lee and Casey. A visitation will be held Saturday September 17 from 6-9 p.m. at Akers-James Funeral Home in Aracoma. Following the services Mr. Kitchen is to be cremated. Online condolences may be left at www.jamesfh.com Akers-James Funeral Home is in charge of the arrangements.
To order memorial trees or send flowers to the family in memory of Thomas "Tommy" Kitchen, please visit our flower store.