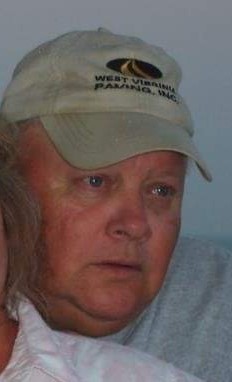 Robert (Bob) Meade, 71 of Whitman, WV departed this life for his Heavenly home on April 27th at Pikeville Medical Center. He was born May 29, 1949 at Whitman to the late William â€œBillâ€ and Lorene â€œSisâ€ Hager Meade. He was also preceded in death by his two brothers William Meade Jr and John Henry Meade and one sister Judith Lorene Meade. He is survived by his loving wife of 54 years Viola Adkins Meade. His daughters Vicki (Donald Jr) Adkins of Stollings, Lori (Mark) Curry of Whitman, Christy (Norm) Samples of Grove City, OH and his special daughter Suzannah Meade at home. One sister Betty (Rush) Cox of Wilmington, NC. Grand-daughters Kacie (Joe) Kitchen, Samantha (Jody) Butcher, Stephanie (Tyler) Curry, and Savannah Richardson all of Whitman. One great-grandson Jaxson Colt Butcher due in June. A host of brothers and sisters-in-law, nieces, nephews, and friends who he loved. Bob started his sports career at an early age in the 1950s playing buddy league basketball. In the 1960s he played for Logan East Junior High. As a young man he coached buddy league basketball and later on he coached his granddaughters in the Logan All Girls Basketball League. He was also a referee and umpire for several different area basketball and softball leagues. His real love was softball. He played and coached for many years in the Whitman Slow Pitch Softball League where his teams competed and won several world tournaments. He also enjoyed hunting and fishing with his grandchildren. He retired in 2011 from the WV Department of Highways after 40 years of service. The best decision he ever made was giving his life to the Lord in October of 1991 listening to the preaching of his long-time friend Rev. Lonnie Gore Jr. Bob was a member of the Central United Baptist Church for 20 years. Visitation will be Sunday May 2nd from 5-8 pm at the Central United Baptist CCC Building. Funeral services will be Monday May 3rd at 12pm at Central United Baptist Church on the Holden Road with Pastor Randy Skeens officiating. Honorary pallbearers will be his former softball teammates. Pallbearers will be his sons-in-law, JR, Mark, and Norm, and grandsons Joe, Jody, and Tyler. Akers-James Funeral Home is in charge of the services.
To order memorial trees or send flowers to the family in memory of Robert (Bob) Meade, please visit our flower store.