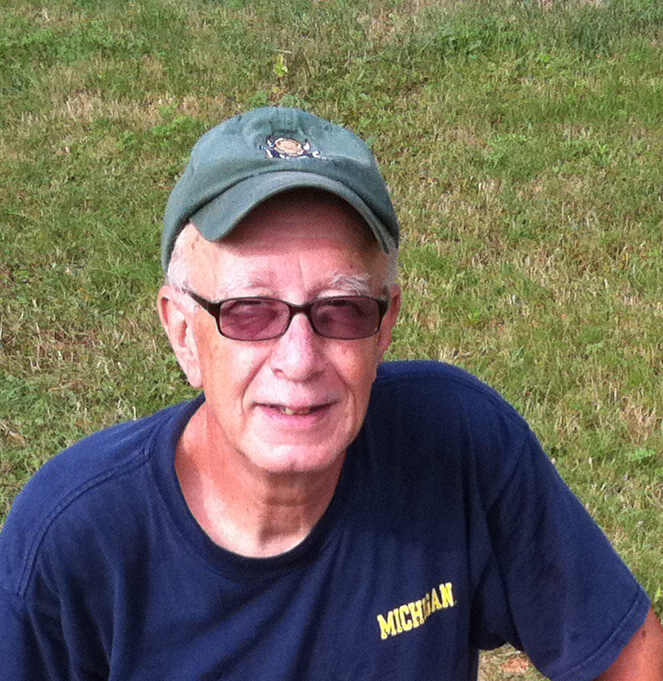 Richard Ray, 72 of Crooked Creek departed this life Wednesday August 22, 2018 at his residence. He was born July 7, 1946 at Logan to the late Raymond and Thelma Fletcher Ray. In addition to his parents he was also preceded in death by: his brother, Bernard Ray, and sister, Loretta Ray Cahill. Mr. Ray was a clerk for CSX and was a veteran of the National Guard. He was of the Christian faith and was baptized at West Logan Baptist Church and attended Crooked Creek Church of Christ. He was a loving husband and father who raised three Eagle Scouts and was a devoted Cleveland Browns fan. Those left to cherish his memory include: his wife of 52 years, Sandra Cunningham Ray; sons, Richard â€œEricâ€ (Cynthia) Ray, Brian K. Ray, and Clayton A. Ray; grandchildren, Bonnie and Lucy Ray, and Devin and Lindsey Sellears. The family would like to give a special thanks to his caregivers Molly and Pat. Funeral services will be held at 7 p.m. Tuesday August 28, 2018 at Akers-James Funeral Home at Logan with Pastor Ronnie Abshire officiating. Honoring his wishes Mr. Ray will be cremated following the services and interment will follow in Forest Lawn Cemetery at Pecks Mill at a later date. Friends may call from 5-7 p.m. Tuesday also at the funeral home. In lieu of flowers please make donations to the Alzheimerâ€™s Association of WV 1601 2nd Ave Charleston, WV 25387. Online condolences may be left at www.jamesfh.com Akers-James Funeral Home is in charge of the arrangements.
To order memorial trees or send flowers to the family in memory of Richard Ray, please visit our flower store.