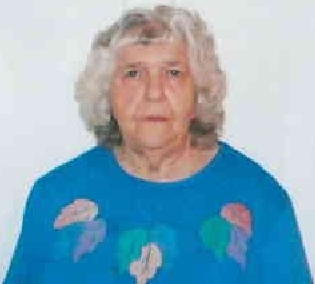 â€A virtuous woman is a crown to her husband. . .Her children arise up, and call her blessed; her husband also, and he praiseth her. A woman that feareth the Lord, she shall be praised.â€ Proverbs 10:4, Proverbs 31:28-30 Born August 22, 1929, in Blair, West Virginia, Opaline Vance Walls Nichols was a woman who knew many sorrows, but the joy she felt in her Savior emanated from her and filled all those around her with peace and love. Treating others with kindness was her way of life. Sending cards to shut-ins, caring for the ill, baking special cakes and cookies for neighbors and friends, praising God in all she did, these were the attributes of her well-lived life. Opal consistently put the needs of others before herself. She could always be counted on for providing the most comforting words just at the time they were needed. Many were the occasions when she uplifted those around her. She will be missed by all whose lives have been blessed to know her. Opaline was the daughter of the late Roy and Myrtle Barrett Vance. She spent most of her life in Blair, WV. However, after marrying her second husband, she and Kermit relocated to Star, North Carolina, where she lived, until her death at Autumn Care of Biscoe on September 15, 2015. In addition to her parents, those preceding Opaline in death were her husbands, Troy Walls and Kermit Nichols; her two sons, Troy Randall and Dwight David Walls; brothers, Buster and Roy Vance, ]r., and sister, Azile Vance. Those left to cherish her memory include her beloved step-son and caregiver, Leon Nichols and his wife, Priscilla, of North Carolina; daughter-in-law, Diane Walls, and grandsons, David Randall and Troy Thomas Walls, all of Michigan; daughterâ€”in-law, Karletta Miller Walls; and many cousins and friends. Arrangements will be handled by James Funeral Home. Both the visitation and funeral service will be held at the funeral home. Visitation will be Thursday, September 17, from 6:00 to 9:00, while the_funeral will be held on Friday, September 18, at 1:00.
To order memorial trees or send flowers to the family in memory of Opaline Nichols, please visit our flower store.