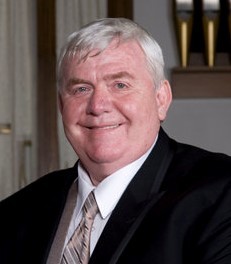 Mike Sherman Picklesimer, Sr., 65, of Chapmanville, departed this life on Saturday, August 22, 2020, at Logan Regional Medical Center after a brief illness. The son of the late John and Freda (Cook) Picklesimer, Mike was born August 16, 1955, in Holden, West Virginia. He considered himself a true â€œHolden boyâ€ and grew up with his brothers in 21 Holden. After graduating from Logan High School in 1974, Mike began his career as a coal miner. A member of the UMWA, he spent more than 20 years as an underground miner working primarily as a buggy operator in low coal for Sherwood, LK, and Kirk Mining Companies. Mike loved his family more than anything. He enjoyed hunting and fishing and spent many laughter-filled trips with his brothers, sons, uncles, cousins, and friends at their hunting camp in Wirt County. Mike and his wife Margaret celebrated 43 years in marriage and raised their children together in faith and love. He spent countless hours in dugouts and on sidelines coaching all three of his children through t-ball, little league, buddy league basketball, and senior league. He helped coach his son Brandon to a state runner-up finish for the Chapmanville Little League All-Stars in 1996. He never missed a game or match for his kids at Chapmanville High School, and he went on to support his son Mike during his college baseball career at the University of Charleston and daughter Kimberly while she played tennis at West Virginia State University. The biggest joy in Mikeâ€™s life was being â€œPapawâ€ to his four grandchildren. He loved having his home filled with their laughter and fun. He never turned down a trip with his fishing buddy, a living room dance recital, army battle, fashion show, or concert. He also loved his three fur-grandchildren: Daphne, Lucy, and Boo. In addition to his parents, Mike is preceded in death by his brother, Danny Picklesimer; brother-in-law, Bruce Duty; sister-in-law, Pat Stover; special uncle, Jim Cook; and his beloved pug, Sammy. Those left to cherish his memory include his wife, Margaret; children, Mike and Kim (Estep) Picklesimer of Pecks Mill; Brandon and Erica (Oâ€™Briant) Picklesimer of Logan; Kimberly and MSgt Anthony May of Camden, South Carolina; brother, Jerry (Diane) Picklesimer of Delbarton; grandchildren, Maggie, Mollie, Lila, and Bode; brothers and sisters-in-law, Nettie Picklesimer, John Duty, Donnie (Eleanor) Duty, Kathy (Ron) Schmidt; Mary (Mike) Brescoach; Rick (Terri) Duty; special uncle, Frank Cook; and a host of other relatives and friends that he loved dearly, particularly his church family at 21 Holden Freewill Baptist Church. The Picklesimer family would like to send their sincere thanks and gratitude to the doctors and nurses that cared for Mike during his time spent in ICU at Logan Regional Medical Center. A graveside service for the public will be held at 1 p.m., Thursday, August 27, 2020 in Forest Lawn Cemetery at Pecks Mill, WV. Online condolences may be left at www.jamesfh.com Akers-James Funeral Home is in charge of the arrangements.
To order memorial trees or send flowers to the family in memory of Mike Picklesimer, please visit our flower store.