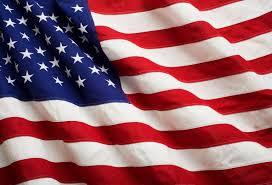 Lee Roy Collins of Bob White, W.V. was called home to be with the lord on November 24th, 2016. Lee was born on December 12th, 1939 in Monitor, WV to the late Loren Collins and Lola Collins. In addition to his parents he was preceded in death by: three brothers, Loren Collins JR., William J. Collins, and Kennith Paul Collins, and one nephew, Loren Collins. Lee was a member of Freedom Baptist Fellowship in Madison, W.V. Lee joined the Marine Corp at a very young age, serving 3 years before joining the Army at the age of 19. Lee then served with honor and integrity for the next 26 years. Lee fought with the Big Red One 1st infantry division through two tours in Vietnam before retiring as Master Sgt. E8. Lee leaves behind a loving wife of 53 years, Elizabeth who was always by his side. Lee was a loving father to two sons who are left to cherish the memory of their father: James Collins of Georgia and John (Cathy) Collins Sr. of Red Bank, S.C. Four grandchildren: John (Christina) Loren Collins Jr. of North Fork, W.V., Kristen (Brandon) Lee Garlin of Menlo, G.A., Ethan Collins of Red Bank, S.C., Haley Swett of Red Bank, S.C. Three great-grandchildren. Four brothers and one very special sister: Frank Collins of Reidville, S.C., Jess (Clarice) Collins of Logan, W.V., David (Eleanor) Collins of Monaville, W.V., and Shelby Sheppard of Chapmanville, W.V. And a host of nieces and nephews. Funeral services will be held at 1 p.m. Monday November 28 at Akers-James Funeral Home in Logan with Rev. Jack Casey officiating. Interment with military rites will follow in the Vance Cemetery in Holden. Friends and family may call from 11 a.m. until the time of the service Monday also at the funeral home. Online condolences may be left at www.jamesfh.com Akers-James Funeral Home is in charge of the arrangements.
To order memorial trees or send flowers to the family in memory of Lee Roy Collins, please visit our flower store.