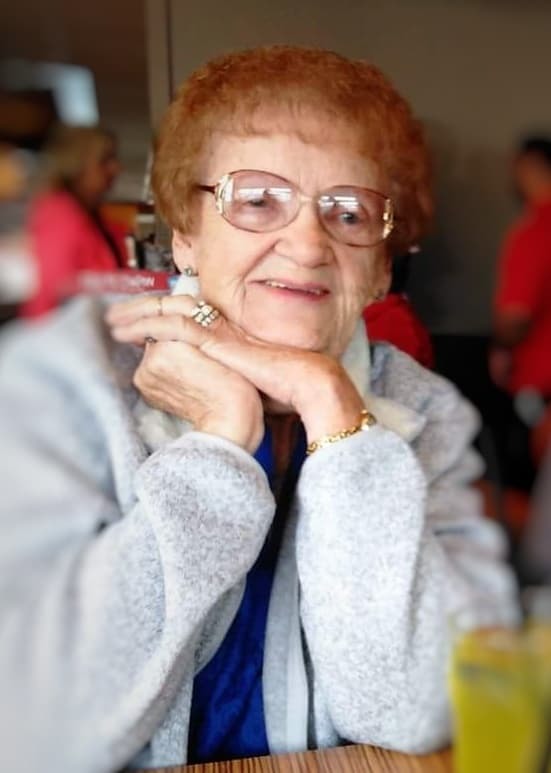 Katherine Dempsey, 83 of Whitman, WV went home to be with the Lord Monday September 17, 2018 at CAMC General Hospital at Charleston, WV. She was born April 11, 1935 at Whitman, WV to the late Caleb and Nannie May Holbrook. In addition to her parents she was also preceded in death by: her siblings, Rouie Holbrook Sperry, Verdie Holbrook Reynolds, Shirley Holbrook Kitchen, Charles Holbrook, Georgie Holbrook Hobbs, Sylvia Holbrook Gore, James Holbrook, Albert Holbrook, and Mary Holbrook. Katherine was a member of the Yuma Church of Christ. She was a Certified Diamontologist for Lillyâ€™s Crown Jewelers. She was also employed with Taylorâ€™s Jewelers and managed Dairy Queen. Those left to cherish her memory include: her husband, Jasper Dempsey; son, Roger (Sabrina) Dempsey; daughter, Angela (David) Hopkins; special granddaughter, Kristin Dempsey; step-grandchildren, David Hopkins II, and Shannon Malloy; and her dog, Lucy. Funeral services will be held at 1 p.m. Friday September 21, 2018 at Akers-James Funeral Home with Pastor Denny Collins officiating. Entombment will follow in the Highland Memory Gardens Mausoleum at Godby. Friends may call from 11 a.m. until the time of the service Friday also at the funeral home. In lieu of flowers the family requests donations be made to the Yuma Church of Christ, P.O. Box 1987 Logan, WV 25601 or the Logan Shrine Club, 22 Main Ave Logan, WV 25601. Online condolences may be left at www.jamesfh.com Akers-James Funeral Home is in charge of the arrangements.
To order memorial trees or send flowers to the family in memory of Katherine Dempsey, please visit our flower store.