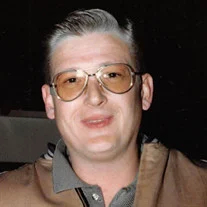 John Wallace Brown was born on August 29th, 1946 and passed away September 27th, 2020. He is the son of John and Ruby Brown of Logan, WV. He is survived by his wife, Linda, son Sean, daughter Laura, seven grandchildren, and one great-grandchild. John was born in Logan, WV in the heart of coal country. His father was a coal miner and did his best to support his family. John was the oldest of 4 children. He had two brothers and one sister. Growing up with very little made John very conscious of people in need. His whole life, he made sure the people around him were taken care of. His generous heart was what made him who he was. John married Linda when they were both 22 years old. They met when John was in the second grade and were married over 52 years. John spent 4 years in the Navy, then joined the Air Force. He spent 23 years in the Air Force, earning the rank of First Sergeant, and then retired from active duty. Funeral services will be held at 1 p.m. Friday, October 2, 2020 at Akers-James Funeral Home at Logan, WV. Entombment will follow in the Forest Lawn Cemetery Mausoleum. Akers-James Funeral Home is assisting the Brown family.
To order memorial trees or send flowers to the family in memory of John Wallace Brown, please visit our flower store.