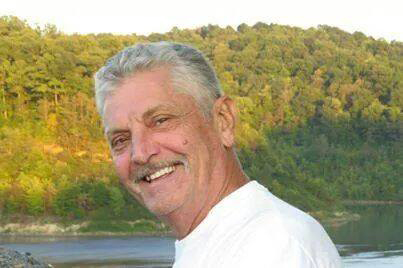 Jimmy Dale Copley â€œBoâ€, 72, of Dingess, WV, left his earthly home Sunday February 28, 2021, after a hard-fought battle with pancreatic cancer. He was preceded in death by his wife, Iris Gail Copley, his parents, Ira and Marie Copley, brother, Jerry Lee Copley, and sister, Vella Faye Maynard all of Dingess, WV. He is survived by his children Veronica (Charles) Griffin of Roanoke, Virginia, Jimmy Dale II (Lauren) Copley of Ragland, WV. 5 grandchildren, Chandler Runyon of South Williamson, KY, Abigail Runyon of Roanoke, VA, Elliott, Charlotte, and Merritt Copley of Ragland, WV. Brothers and sisters Barry (Sue) Copley, Ira Jr (Debbie) Copley, Denise (Bryan) Jude, & Bill Copley all of Dingess, WV and special friends Sandra Vance and Hoob Vance whom he considered as children. He is also survived by a host of nieces and nephews he loved dearly. Bo was born on December 1, 1948 in Dingess, WV. He graduated from Lenore High School in 1967 and after graduation entered the Marine Corps in 1968. He was honorably discharged in 1974. While serving his country in Vietnam, Bo achieved the rank of Lance Corporal and was awarded the Purple Heart for injuries sustained during combat and he was also awarded the Navy Achievement Medal, among other distinctions. In 1976, he met and married the love of his life, Gail, and was by her side until her passing in 2019. They raised their children Veronica and Bo and enjoyed their grandchildren, who were the light of their lives. He spent 25 years as an equipment operator for various coal companies. His skillful operation of numerous types of surface equipment is still talked about by former co-workers to this day. Upon his retirement, Bo loved to spend time Jeep riding and four-wheeling through the hills with his friends where he was known as the most daring and generally considered the leader of the pack. He was affectionately known to most all as Uncle or Pappaw Bo, and he was dearly loved by the community at large. A brief memorial service will be held at Cornerstone Christian Center in Dingess, WV, Wednesday, March 3, 2021 at 2:00pm where Major Austin Fletcher, USMC, Matt Wilson, and Robbie May will be speaking. The service will be open to those who wish to attend. Online condolences may be left at www.jamesfh.com Arrangements have been entrusted to Akers-James Funeral Home, Logan, WV.
To order memorial trees or send flowers to the family in memory of Jimmy (Bo) Dale Copley, please visit our flower store.