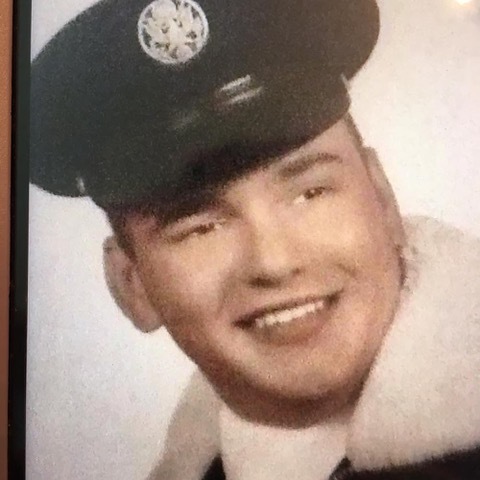 GREGORY N. EARLES, 72, of Logan, WV, passed away at home on March 31, 2021, after a long battle with several illnesses. He was born on August 2, 1948, and lived most of his life in McConnell, WV. He honorably served as a Sergeant in the United States Air Force from 1967 until 1971, where he was an airplane mechanic and is a veteran of the Vietnam War. After his time in Vietnam, he was stationed at Mountain Home AFB in Idaho before he left active duty. He earned an Associates degree from Marshall University. His hobbies included fishing, golf, and building model airplanes. He cherished spending time with his family, especially his four grandchildren and was proud of all their accomplishments. After leaving the Air Force, he was a local business owner and had been retired for several years. He is survived by his wife, Faye Watson Earles; mother, Betty Jean (James) Earles of Switzer, WV; two sons, Aaron (Jennifer) Earles of Corinth, MS, and Barry (Rachel) Earles of Columbus, OH; four grandchildren, Gabriel, Jackson, Amelia, and Beckham Earles of Columbus, OH; and many loving aunts, uncles, and cousins. Per his wishes, no funeral services were held. Due to COVID-19 pandemic concerns, the immediate family held a celebration of his life and interment at Highland Memorial Gardens Cemetery in Chapmanville, WV. Pallbearers were Barry Earles, Aaron Earles, Oral Lee Watson, Chad Akers, and Shawn Watson. Akers-James Funeral Home in Logan, WV, was in charge of the arrangements. The family would like to thank Akers-James Funeral Home for their professionalism, courtesy, and compassion in this difficult time.
To order memorial trees or send flowers to the family in memory of Gregory Earles, please visit our flower store.