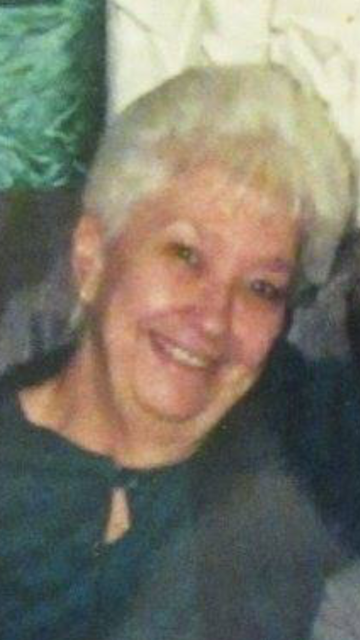 Georgia Ann Browning Dean, 84 of Robinette went to be with the Lord Sunday May 14 at her residence. She was born October 8, 1932 in Logan to the late Joe and Rose Kinser Browning. In addition to her parents she was also preceded in death by: her husband of 59 years, Lonzo H. Dean; her daughter, Bridgette Dean; and her son, Joseph â€œJoeâ€ Dean, as well as several brothers and sisters. Georgia loved the Lord and was of strong Christian faith. She enjoyed going to church, cooking and baking for her family, and loved gardening and growing her flowers. Her children and grandchildren were her life. Those left to cherish her memory include: her loving sister, Bam Peyton of Ethel; her daughter, Patti Kazee of Switzer; her son, David (Jennifer) Dean of Chapmanville; her daughter, Trena (Scotty) Moore of Robinette with whom she made her home for the last 7 years; her daughter-in-law, Patty Dean of West Logan; her grandchildren, Freddie Kazee, Christie Kazee, Mary Ann Dean, Joey Dean, Derric & Heather McComas, Skylar Moore & Nick Dotson, Rheanna & Gage Wilkinson; 11 great-grandchildren, a very special lady she considered as her daughter, Velma Gibson of Lorado; 2 very special girls she considered as her grandchildren, Tabby Gibson of Lorado, and Becca Thomas of Verner; a very special friend that she raised as her own daughter, Shirley Griffin of Cleveland, Oh; as well as a host of nieces and nephews. She was loved by all who knew her and will be deeply missed. She was a mother, grandmother, and friend to all who knew her. Funeral services will be at 2 p.m. Friday May 19 at Akers-James Funeral Home at Logan with Revs. Bobby Adkins & Kevin Koutsunis officiating. Burial will follow in Highland Memory Gardens at Godby. Friends and family may call from 6-9 p.m. Thursday May 18 also at the funeral home. Online condolences may be left at www.jamesfh.com Akers-James Funeral Home at Logan is in charge of the arrangements.
To order memorial trees or send flowers to the family in memory of Georgia Ann Browning Dean, please visit our flower store.