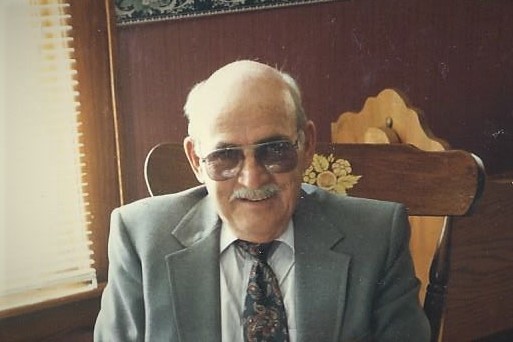 George Lyle Clay, 87 of Hamlin departed this life Friday April 14 at Logan Regional Medical Center. He was born November 3, 1929 in Branchland, WV to the late Clarance Clay and Lillie Watts Clay. In addition to his parents he was also preceded in death by: his first wife and the mother of his children, Maggie Frye Clay; his second wife Theresa Messinger Clay; brothers, Cleon Clay and Clifford Clay. George worked for Columbia Gas for 30 years. Mr. Clay was a member of the Middlefork Baptist Church and was a Mason. He served in the United States Army during the Korean Conflict and was formerly caretaker at Camp Mamie Flynn at Mill Creek. Those left to cherish his memory include: his son, David Clay of Virginia; daughter, April (Donald) Workman of Holden; brother, Harry (Gail) Clay of South Carolina; grandchildren, Stephanie (James) Cooke, Chris Workman, Leah (Aaron) Stone, and Josh Clay; great-grandchildren, Brenton Vance, Kenadee Vance, and Jaycee Cooke. Services will be held at 2 p.m. Tuesday April 18 at Akers-James Funeral Home in Logan with Pastor Jerry Duncan officiating. Burial will follow in Lincoln Memorial Park at Hamlin. Friends and family may call one hour prior to the services Tuesday also at the funeral home. Online condolences may be left at www.jamesfh.com Akers-James Funeral Home is in charge of the arrangements.
To order memorial trees or send flowers to the family in memory of George Lyle Clay, please visit our flower store.