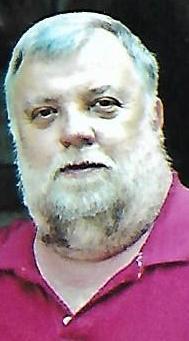 Emory Ray Ross, 66 of Shamrock departed this life Tuesday January 31 at Logan Regional Medical Center following an extended illness. He was born August 21, 1950 in Logan to the late Emory and Effie Jones Ross of Shamrock. In addition to his parents he was also preceded in death by his sister, Effie Marie Ross. Emory was retired from the Logan County Commission having worked in maintenance for many years at Man High School. He was a veteran of the U.S. Navy. Emory also work for Chafin Coal and Laura Coke Coal Company. Those left to cherish his memory include: his loving wife of 43 years, Barbara â€œSusieâ€ Vannatter Ross; one daughter, Cindia R. Ross of Shamrock; three brothers, Dean (Sherri) Ross of Verdunville, Dale (Tina) Ross of Shamrock, and Kevin (Becky) Moore of Mitchell Heights; one sister, Brenda K. Vannatter of Shamrock; one grandson which he considered his own, Andrew B. Workman of Shamrock. Emory also had many nieces, nephews, and friends that loved his very much. Funeral services will be held at 11 a.m. Monday February 6 at Akers-James Funeral Home in Logan with Rev. Mike Hicks officiating. Burial with military graveside rites will follow in Highland Memory Gardens at Godby. Pallbearers will be family and friends. Friends and family may call from 6 â€“ 9 p.m. Sunday February 5 also at the funeral home. Online condolences may be left at www.jamesfh.com Akers-James Funeral Home is in charge of the arrangements.
To order memorial trees or send flowers to the family in memory of Emory Ray Ross, please visit our flower store.