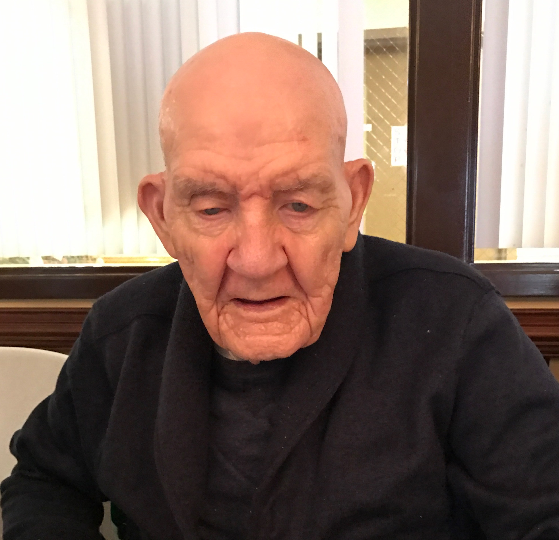 Elmer Workman, 92 of Holden gained his wings and joined his beloved wife Jenny on February 1, where they are rejoicing in heaven, praising their Lord and Savior. He was born August 1, 1924 in Harts, WV to the John Henry Workman and Norma Dalton Workman. In addition to his parents he was also preceded in death by his wife, Virginia Fillinger Workman; brothers, Edgar Workman, Willie Workman, and Jr. Workman; sisters, Loulie Meade, and Nin Workman; and a half-sister, Georgia Mae Blankenship. Elmer was a member of the No. 7 Holden FWB Church where he had the privilege of holding the office of Honorary Deacon. Elmer loved talking about the Lord. He took great pride in being a coalminer. He had a great passion for hunting and ginsenging. Those left to cherish his wonderful memories and that are thankful of the blessings he bestowed upon their lives include: his daughter, Delma Gaylene (Elmo) Ellis; sons, Jerry Dale (Ella Mae) Workman and Donald Wayne (April) Workman all of Holden; five grandchildren whom he loved dearly, Jennifer (Shawn) Beavers of Holden, Jonathan (Brandi) Ellis of Huntington, Scotty Dale (Lora) Workman of Lake, Christopher Workman of Holden, and Stephanie (James) Cooke of Mitchell Heights; seven great-grandchildren which were his pride and joy, Maddox Beavers, Brooklyn and Jordan Ellis, Hunter Scott Workman, Brenton and Kenadee Vance, and Jaycee Cooke; half-brothers, Frank (Sandy) Workman of Salt Rock; two half-sisters, Betty (Paul) McCloud and Judy (James) Evans of Mud Fork. Several nieces, nephews, and a host of special family from Trinity Healthcare that were such an important part of his life. Funeral services will be held at 1 p.m. Sunday February 5 at the No. 7 Holden FWB Church with John Rodney Spears officiating. Burial will follow in Forest Lawn Cemetery at Pecks Mill. Pallbearers with great honor will be grandsons and great-grandson: Scotty Workman, Hunter Workman, Jonathan Ellis, Shawn Beavers, Christopher Workman, and Brenton Vance. Honorary pallbearers will be: Bobby Barnette, Raymond Fillinger, and Michael Coleman. Friends and family may call from 11 a.m until the time of the service Sunday also at the church. Online condolences may be left at www.jamesfh.com Akers-James Funeral Home is in charge of the arrangements.
To order memorial trees or send flowers to the family in memory of Elmer Workman, please visit our flower store.