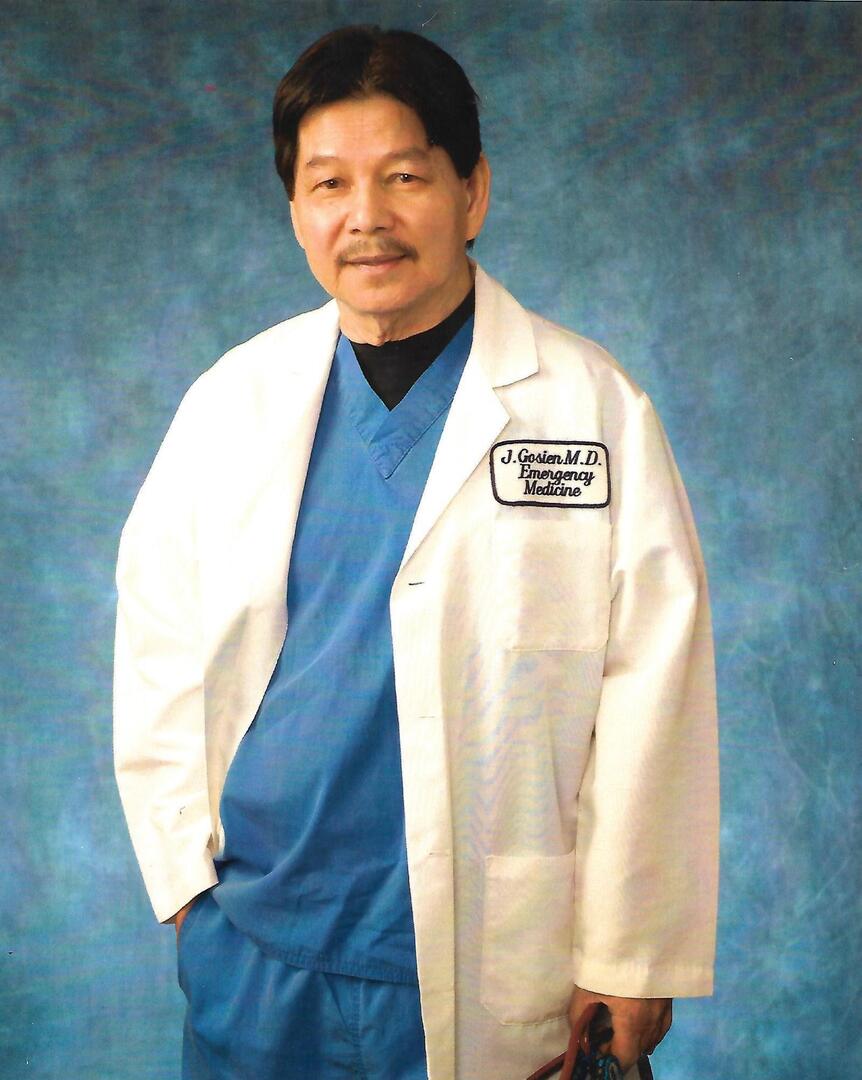 Dr. Jaime P. Gosiengfiao â€œDr. Gosienâ€, 77 of Breeden, WV departed this life on Monday June 18, 2018 at his residence. Jaime was born April 24, 1941 in Tuguegarao Cagayan, Philippines to the late Lupo and Alberta Gosiengfiao. In addition to his parents he was also preceded in death by: his siblings, Mario, Dante, Romy, Lupo Jr., Rudy, and Nelson. Jaime immigrated to the United States in 1969 after earning his medical degree from Manila Central University. He worked at the clinical pathology department of Bellevue Hospital in New York and as an emergency room physician at Weirton General Hospital, Ronceverte General Hospital at Lewisburg, and Logan General Hospital for over 30 years. He also served as a physician caring for wounded Vietnam Veterans in the Philippines. He was loved and respected by his colleagues and the local community. He saved many lives and touched many more. He is survived by: his wife of 32 years Harriet; his sons, Cody (Jordan), Jeffery, and Anthony. He was a beloved grandpa to: Jennifer, James Daniel, Alex, Ethan, Lupo, Mila, and Jules. He is also survived by: his siblings, Oscar, Henry, and Mildred; a host of nieces and nephews; special friends and caretakers, Michael and Tonja McCloud; and his boys, Dr. Billy Mullen, Dr. Robbie Long, Dr. Larry Lucas, Dr. Chris Flanagan, and a slew of other staff members at Logan General Hospital. Graveside services will be held at 11 a.m. Friday June 22, 2018 at the Virgil Marcum Cemetery at Breeden, WV. Pallbearers will be: Kevin Gosiene, Jason Gosiene, Alvin Gosien, James Deskins, Vj Deskins, Roger Davis, Rob Marcum, Joseph Deskins. Visitation will be from 6-9 p.m. Thursday, June 21, 2018 at Akers-James Funeral Home at Logan. Online condolences may be left at www.jamesfh.com Akers-James Funeral Home is in charge of the arrangements.
To order memorial trees or send flowers to the family in memory of Dr. Jim Gosien, please visit our flower store.