To share your memory on the wall of Mary Spry, sign in using one of the following options:

The gesture that can change the world

She was born August 16, 1942 at Logan, WV to the late Woodrow and Winnie McCloud. In addition to her parents she was also prece... Read More
Mary Francis Burgess Spry, 77 of Dingess, WV peacefully departed this life at her home on February 11, 2020.

She was born August 16, 1942 at Logan, WV to the late Woodrow and Winnie McCloud. In addition to her parents she was also preceded in death by her first husband, Curtis Burgess; second husband, Willis G. Spry; daughter, Brenda Moses; grandson, Curtis Moses; and stepson, Curley Spry.

In Mary’s early years she was a school cook in Chicago, IL. Later, she still enjoyed cooking for family and friends. She was a member of the Mudfork Freewill Baptist Church.

Funeral services will be held at 1 p.m. Saturday, February 15, 2020 at Akers-James Funeral Home with Rev. David McCloud, Greg Taylor, and Pastor Elbert Collins Jr. officiating. Burial will follow in the McCloud Cemetery at Dingess. Visitation will be from 11 a.m. until the time of the service Saturday at the funeral home.

Akers-James Funeral Home is in charge of the arrangements.
Read Less

We encourage you to share your most beloved memories of Mary here, so that the family and other loved ones can always see it. You can upload cherished photographs, or share your favorite stories, and can even comment on those shared by others.

Posted Feb 15, 2020 at 10:59am
I'm sorry to hear about Mrs. Spry. My heartfelt condolences to the Spry family. You are in my thoughts and prayers. 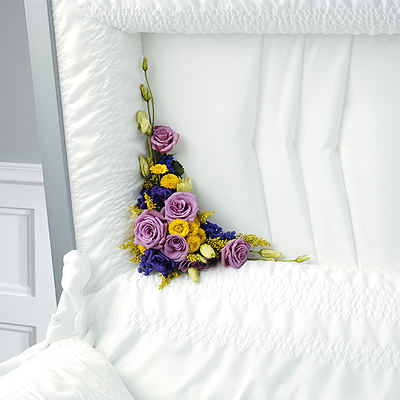 Flowers were purchased and a memorial tree planted for the family of Mary Spry.